Over New Year’s weekend we went to Omaha to celebrate Christmas and New Year’s with the Burdorfs.  The weather felt more like Easter, but at least it was good travel weather! 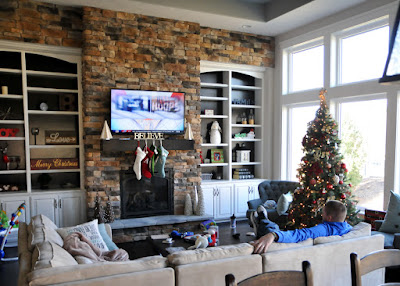 Friday we got to Adam and Jill’s just in time to see the Huskers get beat in their bowl game.  HOLLA!!  Sorrynotsorry Husker fans. 😉  Nothing goes better with games than game day food.  Yum! 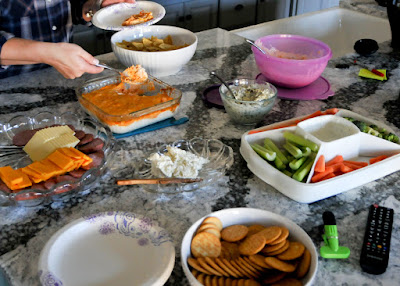 Saturday was our “official” Christmas.  We opened gifts.  The Burdorf tradition is one at a time, even the kids and they stick to it. 😉 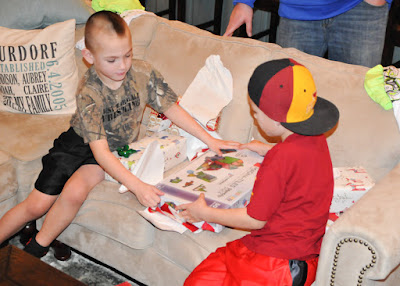 Miss Sass was super happy to get these new boots.  Not only are they cute, but they added another couple of inches to her already ever-growing self. 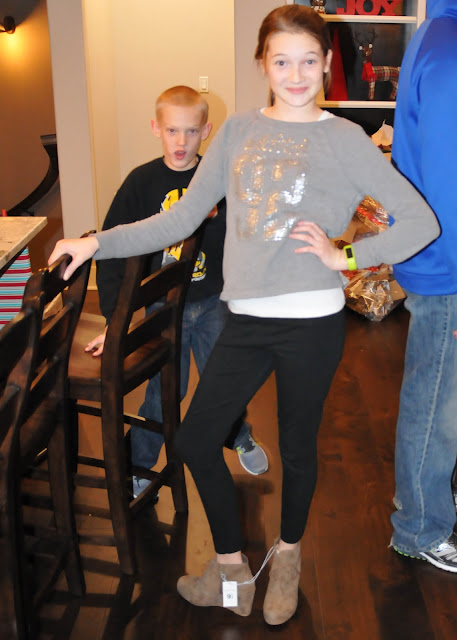 The kids were hilarious.  They had the best time in the basement playing cafe.  You want to know the name of their cafe?  Kozy Korner, of course!!  I know that will make you Armstrong people proud.  We may have talked about it once or twice.  Ha! 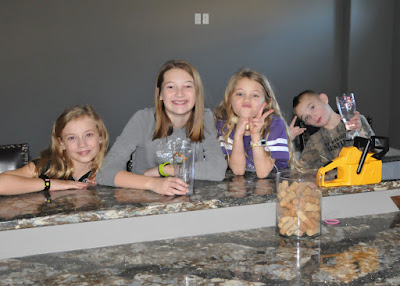 Adam and Jill were pretty excited to give Aaron his gift.  It was a framed photo from the front page of the Chicago Tribune the day after the Cubs won the World Series.  So cool! 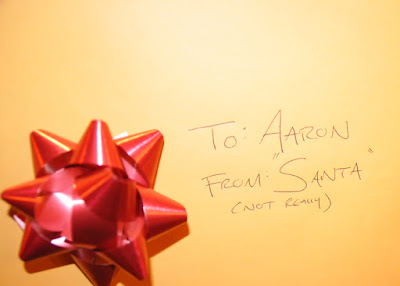 Another Cubs gift for this Cubs-loving kid! 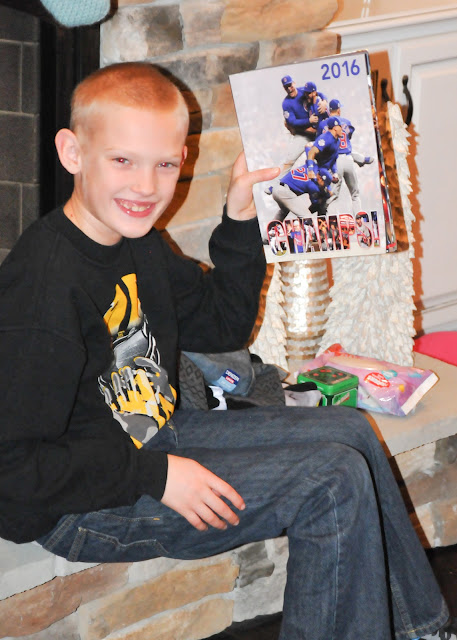 I made Grandma Linda an updated photo collage (see below) of her grandkids.  I think she liked it! The one hanging up in her house doesn’t include Noah or Claire.  I was pretty happy with how it turned out. 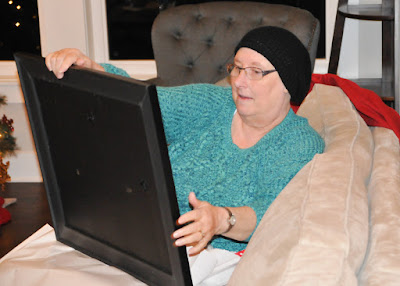 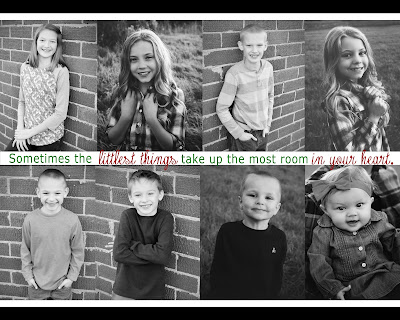 Grandpa Frank travels a lot for his job, so we thought he needed a new jumbo travel mug. 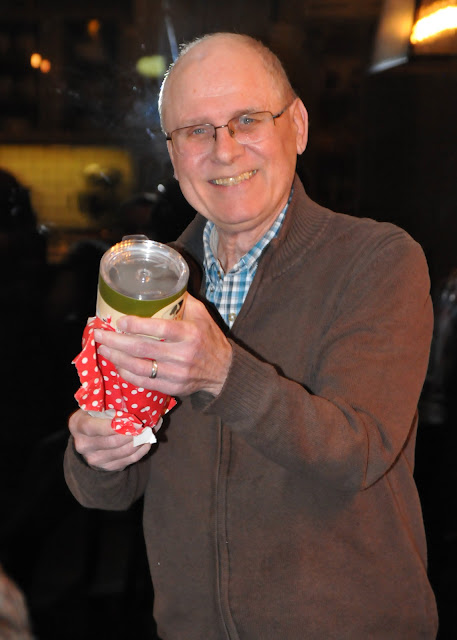 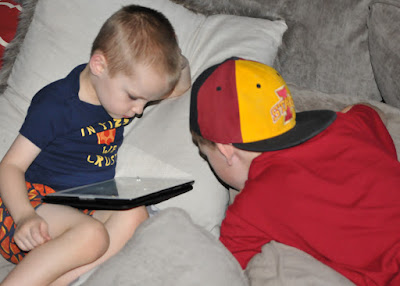 We played some Skipbo and even put together a 300 piece puzzle.  This is big because I actually hate puzzles because I have zero patience, but the four oldest and I did it together! 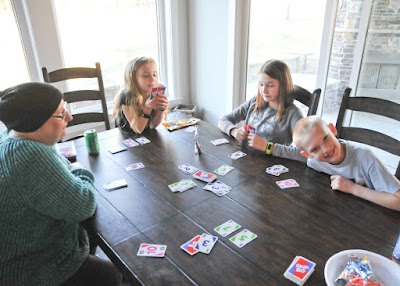 All eight grandkids.  Not too shabby. 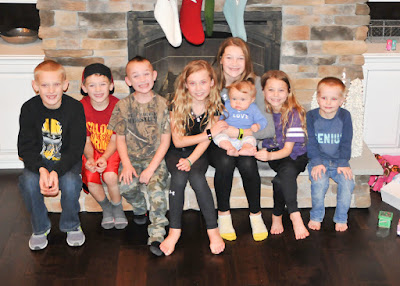 Grandma and Grandpa with the tribe. 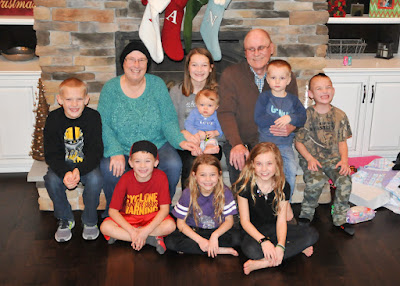 And…all of us.  The whole Burdorf Bunch. 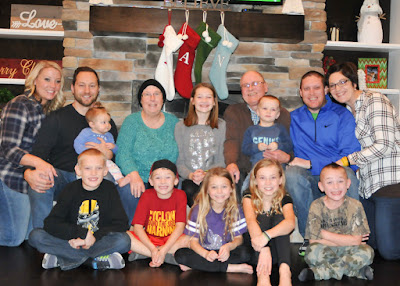 After presents, Aunt Jamie was in charge of some New Year’s games for the kids and the big kids.  I, unfortunately, didn’t get many photos because I was in charge.  We did have a lot of fun with balloons, let’s just say that.  We took a break to wish Grandma a happy birthday and have a slice of birthday pie. 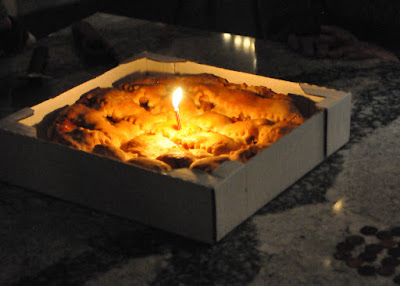 That wraps up our holiday season.  It was definitely a blessed one.  We are so grateful for our family!